ctrlX CORE is a compact control system that has successfully been used in various applications both inside and outside of classic engineering solutions, since November of 2020. ctrlX COREplus X3 is a new, modular variant of the ctrlX CORE control platform that was released in April of 2022. ctrlX COREplus X3 offers not only additional field bus interfaces, but also the option of installing ctrlX I/O modules to the right of the control.

The ctrlX COREplus X3 is the newest iteration of the ctrlX CORE with higher performance in the compact module people expect from ctrlX AUTOMATION. The functional expansions allow horizontal (internal machine) and vertical (production network and cloud) machine integration and open new opportunities for users in terms of connectivity and networking. 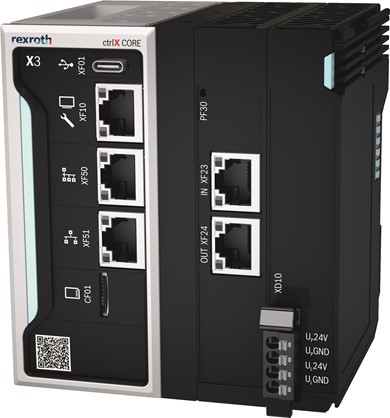