Fenner Drives, a trusted brand of Fenner Precision Polymers, has enhanced the performance of its roller conveyor O-Rings, relying on Bi-Modulus Technology developed in partnership with Michelin’s High-Tech Materials Division. The XLD product line combines two separate patents, the result being a drop-in replacement that can transmit up to 4 times the load of an O-ring and last at least 6 times longer. Because of the bi-modulus reinforcement in XLD, it resists creep, resulting in longer life and transmission of higher loads over more rollers. The XLD belt reduces the total cost of ownership for manufacturing, distribution, and fulfillment centers, and changes the design rules for conveyor design engineers.
The XLD belts strengthen the weakest point in a roller conveyor system thus reducing maintenance costs and downtime. By strengthening the belt while leaving enough flexibility, no additional components are required to maintain a consistent tension on the drive system resulting in a direct replacement of an O-ring. The reinforcement allows for OEM design engineers use up to 3 times fewer motors when designing a system because the belts can transmit more load at 99% transfer efficiency and notably less downtime than a conventional O-ring driven conveyor.

The XLD belt utilizes two patents, one for a bi-modulus technology which allows for more load transfer and longer life, the second patent covers the shape of the belt which allows for a continuously reinforced belt to get all the advantages of the bi-modulus technology. Because of the materials used in the belt, the performance far exceeds that of conventional O-rings and is a direct replacement. 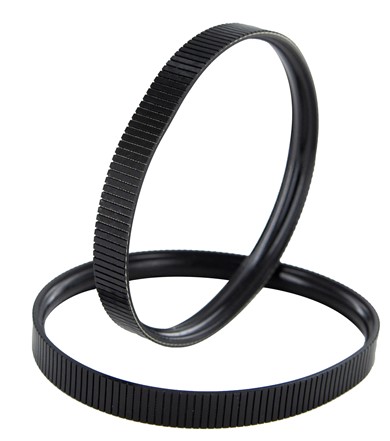 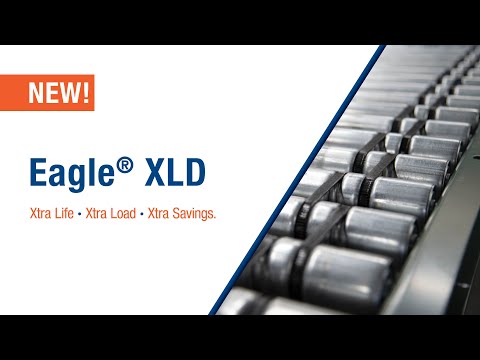